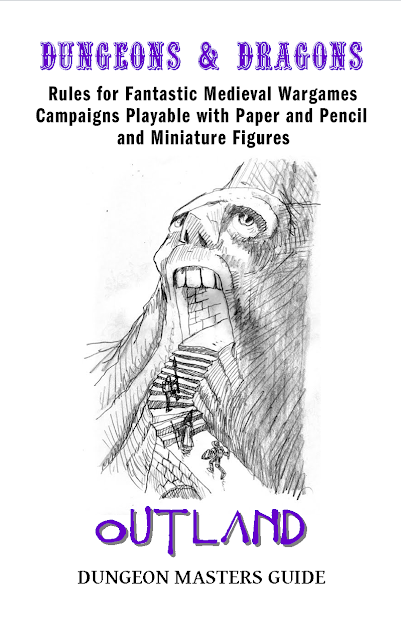 Last time my "home group" played, the first ever TPK in my life happened. It was in the Tower of the Stargazer, in case you were wondering.

Anyways, as much as I LOVE DCC (let's call it my favorite in-print game), I couldn't help but find myself looking fondly at my ghetto homemade brown box every time I would pass it while walking through the house.

So I made an off-the-cuff decision to run OD&D for those guys the next game. I'm still going to run DCC at the game store, at least through the end of the year, since I made a commitment to myself to do that. I'm not sure if this will be a one-off, or if we'll stick with OD&D for a while - we'll just have to see what happens. I whipped up a quick house rules doc, trying to keep things short and sweet. I'm going to try a few things differently and see how it goes.


The rest is included in the doc:

The World's Most Boring and Utilitarian Character Sheet

So my love affair with those little booklets continues... I can't really explain it. It's the one iteration of the game that I feel best delivers on the promise of "You can do anything!"

I'm excited for this Saturday. We'll see how these guys like it.

I've begun my attempt at reworking the DCC spells that span across multiple pages, and getting them trimmed down to fit on a single page. I've done the 1st-level cleric and wizard spells so far, and will do the rest as time allows. Check them out on the DCC Resources Page. I hope you find them as useful in your games as I have in mine! 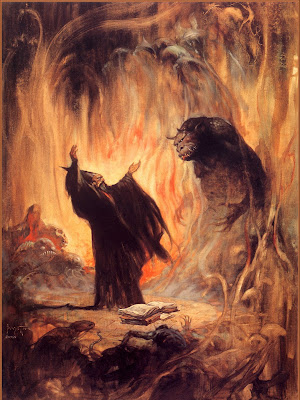