I think I will be adding this to my list of things to get. 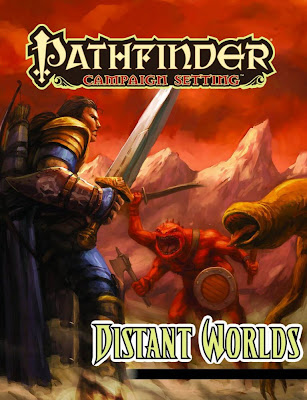 This 64-page softcover explores the solar system of the Pathfinder campaign setting. Along with extensive gazetteers and maps of each of the numerous planets of this system (including the war-torn Red Planet of Akiton, the undead world of Eox, the primeval Green Planet of Castrovel, gas giants, asteroids, moons, and more), this book includes guidelines for traveling from world to world and exploring the dark depths of outer space. Rules for several new monsters, alien races, and magic round out the otherworldly offerings.
by James L. Sutter

I first heard about this game nearly a year ago. I have been anxiously waiting for it ever since then. Now, it is in the final stretch, and there is a kickstarter to get the initial print run funded. Also, IT'S GOING TO BE IN A BOX!

Head on over to the kickstarter page to lend your support.

If you want to know more about it, head on over to the AS&SH section of the OD&D boards to ask any questions you may have.

Email ThisBlogThis!Share to TwitterShare to FacebookShare to Pinterest
Labels: ASSH

What's Not to Love?

Email ThisBlogThis!Share to TwitterShare to FacebookShare to Pinterest
Labels: ODD

In reading about the sharing of maps and information in the original West Marches campaign, I've decided to try and implement a similar thing in my own Outland campaign. At the Inn Between Worlds, there is a large crappy table known as "the adventurer's table", where adventurer's carve their maps directly into the table. There is the overland map, and also any location maps of adventuring sites that have been explored.

I've gotten the thing started, and will bring it to the gaming sessions for the players to add to. It will probably be some time before enough exploration is done to expand the map, but we shall see how it goes.


Also, not sure how to handle this with online players. Keep a current photo posted? How will they update it? Keep another version in Hexographer? Not sure yet...

On December 23, I was visited by out-of-towner friends Steve from Atlanta and Mason from Milwaukee. We decided to do some gaming, and after being presented with the available rumors of locations to be explored, they went with the haunted house - now dubbed Nagle Manor.

Two players, with 5 PCs each entered the manor, and made use of the map shared by the previous explorers. They explored the majority of the ground level, and found stairs going both down and up, but chose to limit their shenannigans to the first floor.

Here are some highlights from the adventure, in no particular order:


Here are the adventurers that met their demise at the hands of Nagle Manor, illustrated by Mason:

The following adventurers made it home, did some partying, and two of them advanced to level 1 somebodies:

I was told that zero-level adventures are super awesome fun. The end.

An Idea for Knowledge Skills

As the players in my last session were searching through the books in Nagle Manor's library, it occured to me that maybe it would be a good idea to have some basic rules for knowledge acquired and that sort of thing. Here are my initial thoughts:

Here are some example subjects that PCs have already acquired books for that I would allow them to develop knowledge skills in:
Here is the read languages table I use, borrowed from Greyhawk: 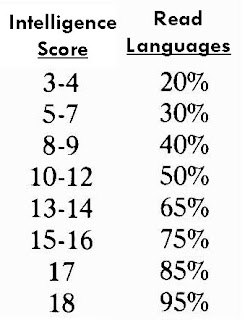 Thoughts and criticisms are always welcome!

My Late and Crappy Christmas Present for Gamers

Here are my crappy, nigh unintelligible maps from the delve into castle dundagel that occured on 12/23/11. The only other reference to this delve I am aware of is HERE. I don't even know which tower we went into, but perhaps other players can shed some light on that. 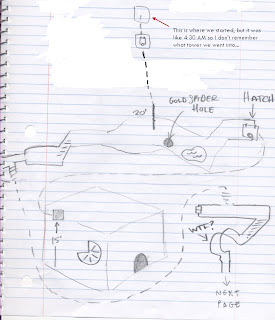 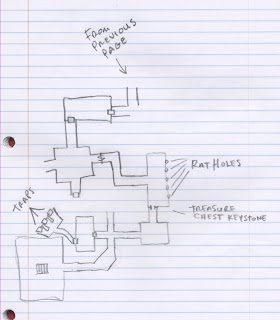 We didn't find any treasure on this route at all, so perhaps this will at least accelerate a future expedition's chances of getting to the good stuff. We couldn't do much to the gold spider, but a flask of acid sent it scrurrying off. Also, always remember: rats hate fire.

Email ThisBlogThis!Share to TwitterShare to FacebookShare to Pinterest
Labels: Caves of Myrddin, FLAILSNAILS 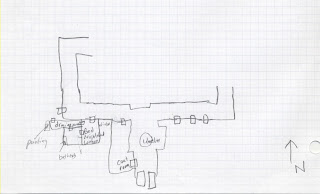 Here is the "official" Outland OD&D character sheet (at least until I decide to change it).
Click HERE for the PDF. 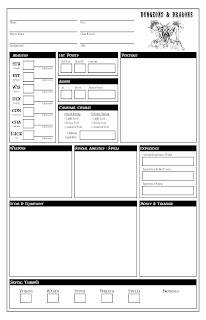 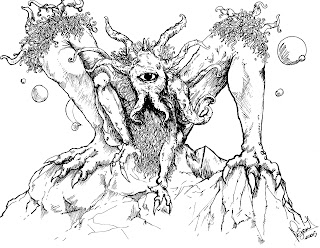 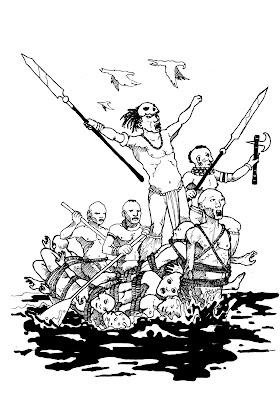