Just got home from the weekly AD&D game at Lake Geneva Games. The game has really taken off, and in just a few short weeks, it has gone from just me, the DM, and one other player to the FOURTEEN PLAYERS we had tonight!

Also, it came to light this evening (at least to me) that one of the guys that has been playing the past few weeks is none other than Bruce Heard.

I really am a lucky dude to be geographically situated where I am. 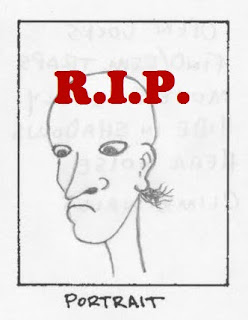 On a more somber note, Seppo the monk died tonight after charging a troll the group encountered near the end of the session. He had hoped to get off a nice stun, allowing his group to freely unload on the troll, but alas, the dice gods were not with him. His failed attack was promptly followed by a vicious claw/claw/bite which all hit, despite the powerful bracers of defense he wore (AC2 even!). In any event, the distraction allowed the party to lay waste to the troll in the next round. Luckily, Seppo had drawn up a will prior to his death. Not sure who his "cousin" is going to end up being, but currently I am leaning toward trying to utilize those bracers to make a half-naked barbarian-type guy out of a standard fighter. We'll have to see what the DM thinks of that idea...