Last night at Unique Gifts & Games, we had 5 players. Two made it back from the first session, and three were new. Thus, we had the following PCs: 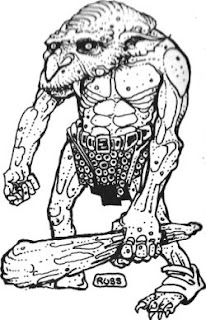 The group decided to venture into the caves - the alien caves to be specific. Here are some of the highlights:

All in all, I'd say it was a very profitable expedition.