This past Monday, four intrepid adventurers decided to pay another visit to Nagle Manor. I got all of their real names written down, but of course I forgot to get their PC names. I'm a terrible record keeper. Anyways, there were 2 magic-users, a cleric, and a thief. I know that much. Each had a henchman in tow as well.

On the way to the manor, they were assaulted by a large poisonous spider which surprised them in the tall grasses. One of them was horribly bitten and died right there in the field - that is until the cleric remembered about his vial which still contained two drops of angel tears. Using a drop of the stuff, he was able to bring his companion back to life. The party took a detour, and were able to follow the spider's tracks back to it's lair where they found a half-dozen human-sized cocoon-thingies. They cut them open and found some odds and ends, you know, like dead bodies, in addition to a pair of Gauntlets of Ogre Power. Since there was no fighter, they now have one very strong thief. 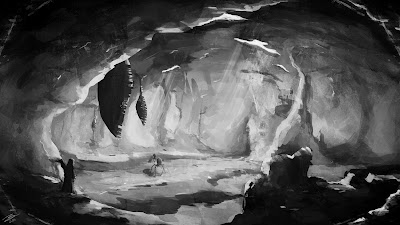 Once they reached the manor, they decided to go in a less conspicuous entrance. Although they knew that the main floor had been more or less fully explored, they decided to go over it again anyways, in case some good treasure was missed. They made away with some valuable silverware and dishes, and one of them managed to get badly bitten by a man-faced rat (a.k.a. brown jenkins) that was hiding in one of the cabinets for reasons undetermined. 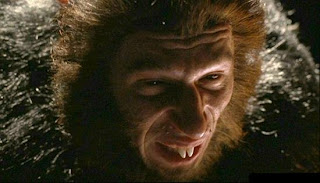 They figured out a way to rescue a previously lost 0-level nobody from the cursed mirror, but spent their final angel tear to make that happen. A bit more wandering around, narrowly avoiding death by animated flying butcher knives, and they concluded by managing to swipe a deck of cards off of a table before being chased off by some ghouls whose bowling match they so rudely interrupted.

So now there have been four separate excursions to the haunted Nagle Manor, and still no one has gone beyond the ground floor.

Not a very profitable adventure, but I think it was pretty damn fun.